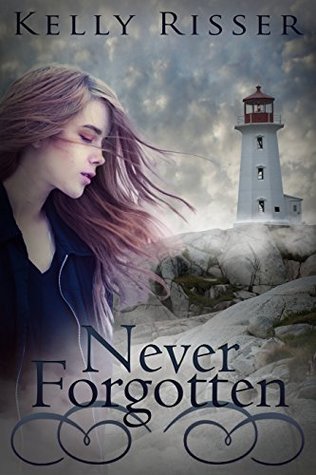 Blurb: How can one day go so very wrong? One minute Meara Quinn is making plans for how she will spend the Summer before her senior year and the next she’s finding out that her mother’s cancer has returned and they are moving away from the only home she’s ever known.

Now every day is a struggle as Meara is trying to cope with her mother’s illness, being forced to move to another country to live with grandparents—whom she thought disowned her mother—and having weird visions of a father who was absent her entire life. Top it all off with one whopping secret that everyone seems bent on keeping from her, and Meara has the perfect ingredients for a major melt down.

The only things keeping her from coming unglued are some new friends and Evan—the son of her mother’s childhood friend—who seems to know Meara almost better than she knows herself.

Together with Evan and her friends, Meara embarks on a new journey to unlock the secrets that will not only tell Meara who she is, but what she is.

Review: I have to say that I really did enjoy this book. I thought that I wouldn’t, given all the vague answers that David gave her and the high school aspect of it. The author did a pretty decent job with the execution of it that I actually found myself enjoying reading that as well.

I’m also very glad that this didn’t turn out to be yet another mermaid book but was something a little different. I’m also very happy that she didn’t have to keep this a secret, that’s starting to get played out and predictable.

The cover is pretty, something that would catch my eye in the store and I would pick up off the shelf. In fact, I kind of did when I saw it on Amazon. Of course, it’s a free book  so that helped too but, for a freebie, it’s actually one of the better ones.

The pace is more steady than I would have thought, the story flows pretty well and it leaves me with questions that I want to get answered.