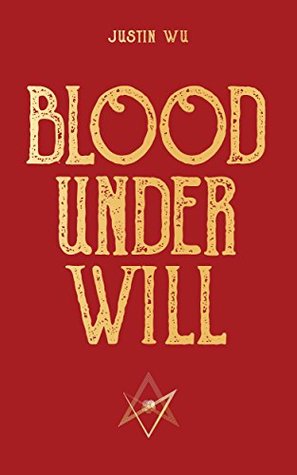 Title: Blood Under Will

Purchased: I voluntarily read and reviewed a complimentary copy of this book, $4.99 on Kindle.

Blurb: Do what thou wilt shall be the whole of the Law.

A bloodthirsty cabal of elite vampires rules the world in secret.

One man wields occult magick against them.

And Mankind’s fate hangs in the balance.

Alex Long, an Exempt Adept of the Silver Phoenix lodge of Thelema, swears a magickal oath to find and destroy the Vampire Court, after his brother’s fatal kidnapping at the hands of the bloodsuckers.

Now, Alex finds himself plunged into the beating heart of the intrigues of the Court disguised as the Count Alessandro Cagliostro come back from the dead, and faces bloodthirsty enemies and their demons summoned through black magick from the depths of the Abyss.

When Alex falls in love with a fatally attractive vampire beauty, and finds himself in battle against Q’anna – the supreme Vampire patriarch – he knows he’ll risk his life, his love, and his very humanity to fulfill his destiny.

Love is the law, love under will.

Review: I really could not get into this. I tried, I made it all the way to 38% but I just started skipping a lot of pages to get to the point. I also felt like there were some unnecessary scenes.

One was the whole torture sex scene with Sloth and then all these pages between their decision to have him drink her blood to her actually cutting her hand so it could happen.

The writing was a mix of Shakespearian and modern; mostly modern when it got dirty. .

I just couldn’t get connected to the characters because it would just go off on a rant and I would end up just skipping over.

The cover, I feel like is supposed to be very understated and simple but it really isn’t very eye-catching. I feel like I would just pass right by this.

I don’t know, maybe I’m just more into simple vampire stories but I get the feeling that if you take out the pages and pages of rambling and get to the point, I’d like it more.

My Tweets
#Graduating
Going to use this for #interviews with #authors.
I'm thinking of using this for my #didnotfinish #page on my #blog. #journal #writing #bookreviews
#bookreviews #journal #pen #writing