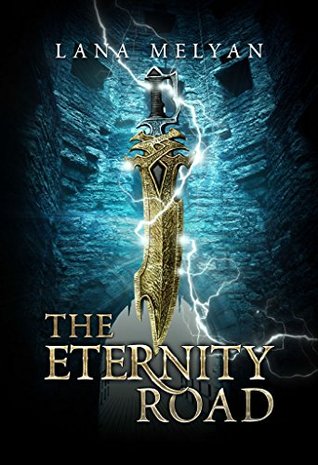 Purchased: Received free from the author in exchange for an honest review, $0.99 on Kindle.

Blurb: On her eighteenth birthday, Amanda has a dream that feels strangely lifelike. When Amanda recounts the experience to Melinda, the faithful housekeeper who has looked after her since her mother’s death, she assures her it’s meaningless, with no significance at all. But Melinda isn’t telling Amanda the truth.

Craig, the older brother of Amanda’s friend Hanna, has loved Amanda from afar for years. But a deep secret, going back centuries in time, keeps him from ever making a move.

When Melinda, who has a secret of her own, tells Craig about Amanda’s dream, it changes everything between them. Two vampires posing as men are pursuing Amanda, and Craig is devoted to keeping her safe. Luckily Craig and his sister are Hunters, the only supernatural creatures able to defeat the evil beings.

Craig and Hanna will do anything to protect Amanda, because they know that their friend has a special mission … even though she doesn’t have any idea of what’s happening around her or who she truly is.

Review: This was a very interesting read. There was a lot of information to absorb as well, from the origin to the backstory of what’s going on.

The way it was written, it sometimes felt like there was over exaggeration on how people were talking and walking. Example, a girl was walking with enough force that it looked like she was kicking people. That just makes me think she looked like she was marching military style or she was rearing her legs back and actually kicking. When there wasn’t over exaggeration though, the writing was good.

In the beginning there was a little high school drama and it was a little slow to get going but when the drama stopped and the plot picked up, I was hooked, especially with one character that I had a bad feeling about.

I really loved the fact that the author brought the readers into the past every now and again and I really never saw the ending coming. This ending is something that even if it was spoiled, I would still be surprised at how this all turned out.

The cover is gorgeous, it’s very eye catching. I know if I saw this in a store, I’d look back at it and read the back cover so you see, it’s kind of a double edged sword on judging a book by its cover.

The pace is a little slow but the plot takes some explaining so it’s rather appropriate and the characters take a little time to connect as well, at least for me, but it is emotional when you do connect.

I would recommend this to people wanting to get into the vampire genre or are fans of The Vampire Diaries.

Thank you for reading my reviews.